Quarry Park is the most visited park in Winston-Salem, North Carolina. The park sits on the former location of the Piedmont Quarry, which operated from the mid-1920s through the early 1970s. The quarry site and surrounding land were donated to the city by Vulcan Materials Company in 1998.

Quarry Park opened in August 2017 and features more than 200 acres of mostly wooded land, a deep lake and an overlook with spectacular views of the city and nearby mountains.  In addition to the beautiful views, visitors can take advantage of well-paved biking and walking paths. Admission to the park is free. 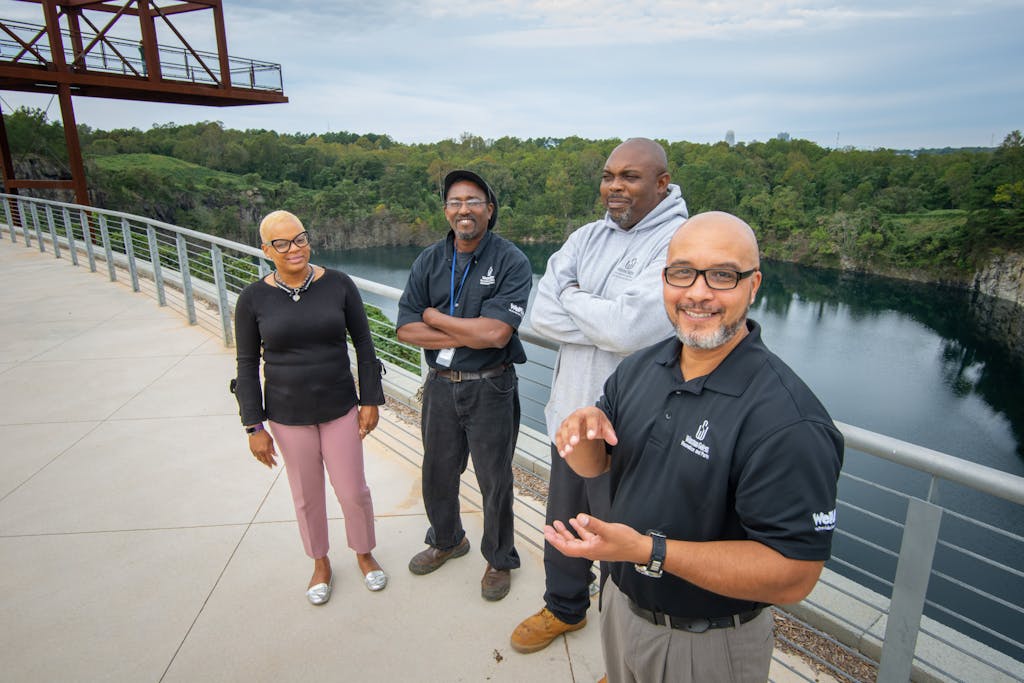 The Fairfax Water Authority and Vulcan Materials Company entered into a strategic partnership that ensures a plentiful supply of drinking water for nearly two million residents in Northern Virginia...

Vulcan Materials Gold Hill Quarry provided an in-kind donation of over 300 tons of stone in the past 2 years for 10 elementary schools in Rowan County, North Carolina. The stone was used to build walking tracks/trails in partnership with Healthy Rowan...